Muhyiddin expected to challenge Najib for Umno No.1 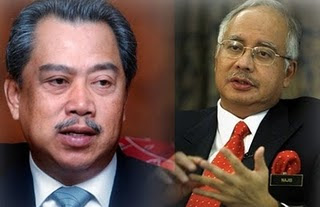 It looks like the much-speculated power tussle between Prime Minister Najib Razak and his deputy Muhyiddin Yassin is now out in the open, known and even reported in influential foreign research reports.

According to the latest Economist Intelligence Unit report, Muhyiddin is poised to challenge Najib for the Umno presidency at the next party election in 2011 and this could create political instability in Malaysia.

“Umno tends to turn inward during leadership battles, ignoring the interests of other parties, and this is even more likely to happen at a time when its status is threatened,” the EIU said in its latest country report.

“Under these circumstances, there will be even greater resistance to economic reforms, undermining the credibility of the prime minister, Najib Razak, and even placing his position as president of Umno (and thus his premiership) at risk.”

Who is stronger, who is weaker

Indeed it has been obvious that Muhyiddin has never really been supportive of Najib’s policies from the day one even though they had both campaigned as a team in 2009 Umno election.

At that time, Defence minister Ahmad Zahid Hamidi had led the nominations for the deputy presidency but dropped out of the race at Najib’s urging to make way for Muhyiddin, who draws his strength from former premier Mahathir Mohamad.

Now, Muhyiddin and Mahathir have taken control of the powerful Umno right-wing and together with newly-formed ultra-Malay rights group Perkasa, they seem to wield greater power in Umno rather Najib.

“If you were to put it to the Malay community at large, it is not apparent that more Malays would favor Muhyiddin over Najib. I think both men would be equally rejected because both also have their own set of ‘baggage’ from past misdeeds,” Bukit Gantang MP Nizar Jamaluddin told Malaysia Chronicle.

“But because Najib is now holding the PM post, there is more attention on him, so when he flip-flops and gives in to Perkasa and Dr Mahathir, he himself is telling the whole world that they are stronger and he is weaker.”

Nizar was referring a recent row, where Najib’s camp had moved to sever ties with a growingly uncontrollable Perkasa, whose strident rhetoric was driving away not just the non-Malay vote but also investors in general.

The manner in which Najib’s lieutenants were forced to retreat was a shock to the nation and a heavy blow to the non-Malay parties in the Umno-dominated BN coalition. MCA, Gerakan and MIC, the three biggest parties that had rushed to laud Najib for the Perkasa split, were left hanging in the air.

There is now little doubt that Najib’s much-trumpeted New Economic Model, due to be fleshed out next month, will contain little in the way of significant reforms as Mahathir has made it clear he is not in favor of any major changes to the systems he set up when he was premier from 1981 to 2003.

A good gauge of how the chips will fall in Umno is the Sarawak state elections which must be held by July 2011 at the latest, although there is strong speculation it will be held earlier in November 2010.

“If (Sarawak chief minister) Taib Mahmud delivers a strong victory for BN, then Najib can breathe a bit safer. But it still doesn’t guarantee that Muhyiddin won’t challenge him for the presidency. The thing is Mahathir wants him to take over from Najib so that his son Mukhriz can later take over from Muhyiddin,” PKR strategic director Tian Chua told Malaysia Chronicle. 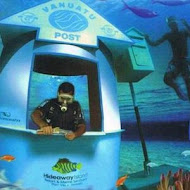