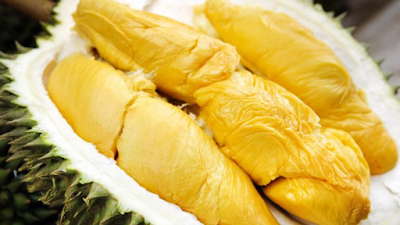 KOTA BHARU – The Kelantan government, in collaboration with the state Agriculture Department, will build two cold rooms, costing RM1 million, to store Musang King durian for export early next year.State Agriculture, Agro-based Industry, Biotechnology, Green Technology and Environment Committee chairman Tuan Mohd Saripudin Tuan Ismail said that he was looking for suitable sites for the project, especially in areas with the most durian yields such as Tanah Merah and Jeli.

“Previously, the Musang King variety in Tanah Merah became a pioneer of quality durian but the fruit had to be sent to Raub, Pahang as we lacked a collection point.

“Hence, these high-tech cold rooms will be provided from the beginning of next year to facilitate the export of durian abroad, especially to China,” he said.

He said this to reporters after attending the graduation and closing ceremony of the Farmer’s & Field School (FFS) durian grafting programme at the state Agriculture Office here, today. It was also attended by its director Norbahani Zakaria.

Tuan Mohd Saripudin said that the durian stored in cold rooms could last for two months, thus the king of fruits could be marketed throughout the season.

“By having these cold rooms, we can also avoid dumping the fruit in the market, apart from controlling the ceiling prices and becoming a collection centre as well as helping growers to grow the economy in this field,” he said.

He said that in Kelantan there were 8,000 hectares of land planted with durian crops, including Musang King and other high quality durian varieties such as 101, D24 and Black Thorn.

“There are over 10,000 durian growers cultivating Musang King. We also provide electric fences, solar techniques and nets to prevent wild animals from encroaching into the area.

“The state government will also help durian growers who face the threat of wild animals such as wild boar, elephants and monkeys that damage their crops, through the cooperation of enforcement agencies including the state Department of Wildlife and National Parks (Perhilitan),” he added.

For years, Thailand — the world’s leading durian producer — has dominated China’s imports for the fruit, accounting for roughly 40 percent of the massive market.

But of late, Chinese consumers have been getting a whiff of an alternative to Thai durians: the premium Musang King variety from Malaysia’s sprawling durian plantations.

Following months of government negotiations, the Chinese customs administration approved the import of frozen whole durians from Malaysia in May last year, just in time to kick off the durian season from June to September.

Though Malaysia has been exporting frozen durian pulp to China since 2011, the new agreement will allow the whole fruit to be shipped to China, where premium durians are rapidly gaining popularity.

Demand has risen so sharply that some have forked out top dollar, up to US$150 (€134), for a frozen, whole Musang King durian from Malaysia.

Last year, the country produced 350 million kilograms of durians, of which only 5 percent was exported overseas.

Many local orchards have started to ramp up its production of durians, a strong sign that they recognize this as a growth opportunity,” said Malaysia’s deputy minister for agriculture and agro-based industry.

Support for Malaysian farmers and small businesses has also been steadfast.

“We expect the market for durian exports to grow by 20 percent this year,” said Kenil Vilangappara, Director of Marketing and Sales, DHL Global Forwarding Malaysia.

“With the import ban on whole durians lifted, we foresee a doubling of volumes for fresh durians mainly into Shanghai, Guangzhou, Shenzhen, and Beijing,” Kenil shared.

Aware of the significant growth potential, the Malaysian government is leading the charge for the large-scale farming of durians, in hopes of achieving a 50 percent jump in exports for the fruit by 2030 and boosting the country’s declining agricultural industry. (IH)