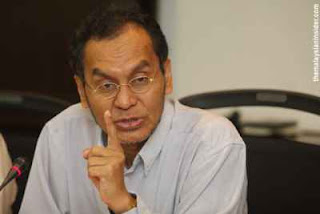 KUALA LUMPUR: There is no way that PAS will set up an Islamic state in Malaysia, said its Kuala Selangor Member of Parliament Dr Dzulkefly Ahmad.

Speaking at a forum on race relations and religion over the weekend, he said the political demography in Malaysia was such that there was no way for PAS to create an Islamic state, he said, which was reported in a news portal here today.

Responding to a question during the forum, he said there were 60 per cent Muslims to 40 per cent non-Muslims and PAS did not even have all the 60 per cent support from the Muslims.

Dr Dzulkefly said that the Islamic state only existed during Prophet Muhammad’s era in Medina when another participant pointed out examples of Islamic states such as Pakistan.